Another year has come and gone...

I feel that the busier one is the faster time goes, and that definitely applies to our lives currently. Each day seems a bit like a whirlwind, starting with the alarm going off somewhere in the 4-4:30 AM range to get a morning workout in. Then it's time to get in some calories, get the kids up and ready, drop Jackson off at before school on my way to school. Once there the time goes by fast with my group of 20 third graders, but then it's time to rush home to get Jackson off the bus, get dinner ready (I'm the cook, but half the time it's a stew or something else I did in the crockpot over the weekend), before bath time and bed time. If Katie and I get a few minute in together it can be a miracle! As a result of our semi-organized chaos another year is nearly complete.

Going into 2018 my triathlon goal was pretty simple - put together a solid race at IMLP based on the training I could fit into our schedule. This meant that as the months before IMLP  came near there were many weekends where I was starting workouts before 4 AM - apparently Strava labels those as 'Night' runs or rides! I was able to be finished with all of my longer rides and runs by around 9 AM on most days in order to be Dad for the rest of the day.

Unfortunately, an odd running injury popped up two weeks before IMLP and I was unable to resolve it before race day. I got several rounds of EPAT, but on race day the pain began effecting my gait and was so severe that I had to drop out just after the mid-point of the run. I was in a prime spot to KQ - 2nd in my AG and about a mile or so ahead of 3rd. In hindsight, maybe I could have hobbled my way to a KQ, but that's not how I wanted it to go. Plus, I could have done a lot more damage to my leg had I pushed for another 12+ miles. Getting a DNF was a hard pill to take, but probably a smart move, and by giving my leg some time to rest I was able to finish the season on a positive note at Pumpkinman with a 4:16 PR at the half distance. This time does come with an asterisks, as the bike course was around two miles short. It probably equates to about a 4:21 that I had a the Patriot Half a few years ago. Still, I was happy to see that my fitness hadn't completely tanked after taking quite a long rest post IMLP. 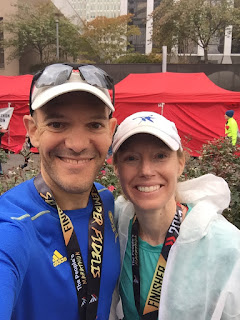 Seven weeks after Pumpkinman, Katie and I flew down to DC to run the Marine Corps Marathon together. Four years ago I was able to pace her to a 3:56 finish. This time around with a lot less free time - a second child will do that - she wasn't able to fit in as much training. I had her do her longest run at 2:30 simply due to a history of injury and time constraints. As a result, we were on pace for around 4:00 through the halfway point, but the wheels came off the bus in the second half of the race, and we finished in just over 4:30. I can say that running at around 12:00-13:00 min pace is very awkward for me. At times I would run ahead and try to coax Katie along, and at other times I was almost power walking. Even though I ran for my longest continuous time, my legs were back in just a few days, and I nearly set a 20' power PR on a Zwift race on the Thursday right after the marathon.

This past spring Jackson expressed some interest in a treehouse, and I thought it would be fun trying to build him one. The only issue was that I really didn't have any experience building something like a treehouse, but I did have a variety of skills that would help me to figure it out. In the end it cost more than I thought it would and it certainly ate up a lot more time than I expected, but it's done other than an exterior coat of paint to weatherize the house portion. One of the trickiest parts was figuring out where to put the cement footings so that the legs of the treehouse would match up. The term treehouse is also a little misleading, as only one side is attached to a tree. The few pics below show the progress of my fall project. 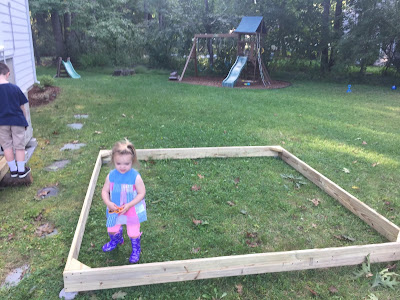 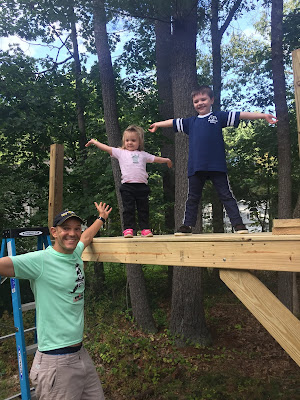 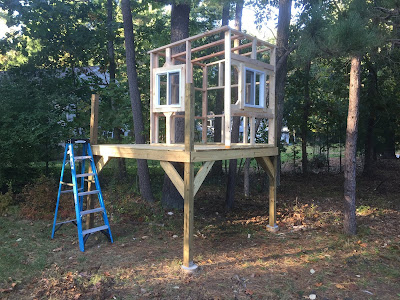 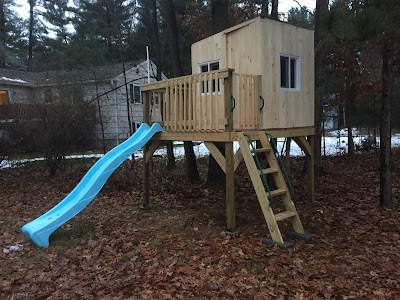 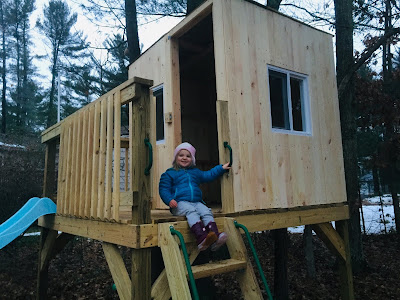 Earlier in the fall I celebrated by 40th birthday, and my brother, a friend, and I spent a weekend fly-fishing in Connecticut. I grew up fly-fishing for trout and salmon in Nova Scotia, and then bluefish and stripped bass in Nantucket. During some spring vacations we fished in the Florida Keys, and I've caught bonefish, permit, snook, tarpon, and redfish with a fly. The weather was on the chilly side, but we had a great time. The trout didn't seem to think our flies looked tasty, as we only caught a few trout in the 12-14 inch range, but it was so great to be out on the water in some great scenery! 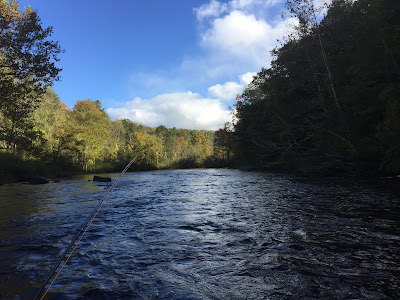 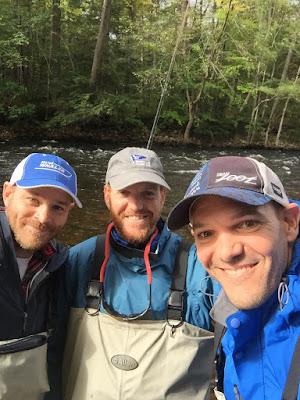 My grandmother turned 100 in early October, which is quite an accomplishment. While she has certainly slowed down physically she is still very sharp mentally. It's great that Jackson and Hannah have had been able to spend time with G-G (great grandmother), as we call her. 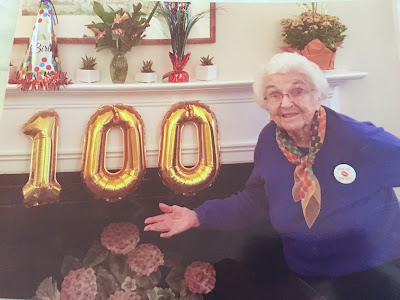 Since the Marine Corps Marathon I've been spending around 3-4 hours a week riding on Zwift and about 5-6 hours running. I put my run fitness to the test at a pretty hilly half marathon two weeks ago. The last two miles of the race were especially hard as there was about 100 ft of elevation gain in each of those miles. I managed to come away 5th overall with a time of just over 1:22. I'll take that run fitness for now, but I'd love to lower that time by around two minute by late March, when I'm planning to run another half marathon. 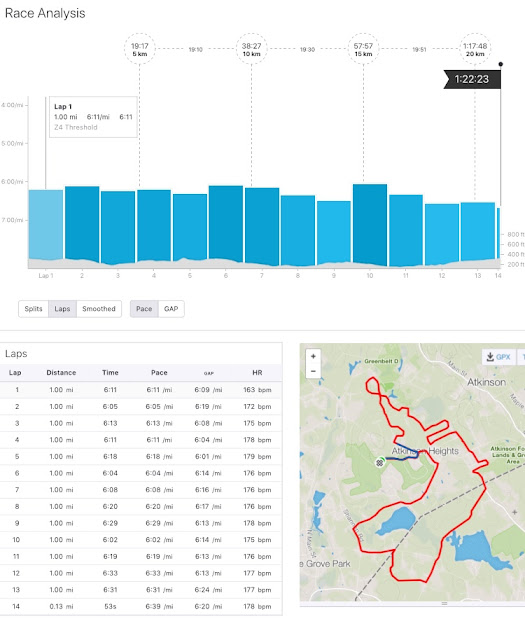 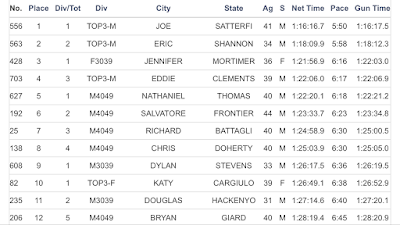 We are officially committed to Ironman Norway in 2019! I signed up a few days ago and I'm really looking forward to my first European triathlon experience. The location sounds amazing, and the race course looks quite challenging. Our plan is to arrive at the race site (Haugesund) on Wednesday and stay for six nights. We'll then fly to Copenhagen to rent a car for a week. Katie's brother lives in Hamburg, which is around a 4-5 hour drive. We plan to visit the original Legoland before heading back home. The goal of the race is to get a KQ, but that will be largely dependent on how training goes, and how well I'm able to execute a successful race plan. I'm so thankful that I have a supportive family, as I'm fully aware that triathlon is an extremely selfish sport. I know sometimes I push the 'too much training button' a few times during the year, and I'll try to err on the side of more family time and a few hours less of training to keep things sane.

Finally, this year was pretty solid in terms of training. As of today, with about a week left in the year, I'm at 610 hours of SBR training. That works out to an average of 11 hours per week. Bike miles are a bit over 6,000, run miles are almost 2100, and swim yards are 232,000. The swimming has been near nonexistent over the past four months - I swam a total of 13,000 yards in that time span. Swimming will pick up a bit once 2019 rolls around. I'll be doing some cord, stretching, and injury prevention routine a few times in hopes of keeping a few historical injuries at bay. Till the next time...