The snow has melted and robins are hopping around the lawn, but as I write this on April Fool's Day (which is also Jackson's birthday), it definitely doesn't feel like spring yet. The temp is around 40 degrees with a strong wind - still winter attire needed outside! However, we have had a few nicer days and I did get two outdoor runs in over the past weekend wearing shorts, so the warmer weather isn't that far away. Looking back over the past few months, I feel that I've made some good run gains while increasing swim and bike endurance.

In January I competed in the 8th annual NEMS indoor TT - crazy that it's already in the 8th year. I had a fun time helping organize the first event and get sponsors for prizes. In my 8th attempt I was finally able to take the top spot. The Computrainer, which the event is held on, was pretty close to the wattage my power meter registered (367 vs 371 watts). Either way, it was nice to see that the bike fitness is looking solid heading into the 2019 season. 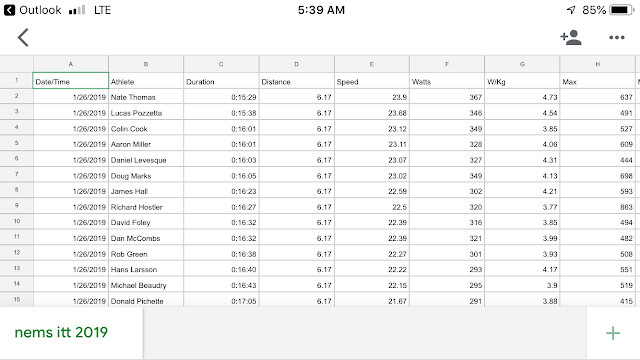 We got in quite a few days of skiing over the winter - well, Katie got in more than me while I watched the kids - and Jackson saw some great improvements. He went to the top of Cranmore for the first time, but did need a little help on some of the steeper sections going down. Over February vacation we split time between Southwest Harbor in Maine and the North Conway area. I ran 78 miles over that stretch, as I didn't bike at all. We got in an afternoon of tubing at Great Glen Trails, and it was a pretty good workout pulling the kids up the hill after the quit walking after the first time up! After vacation week, it was back to the grind with spring in sight. 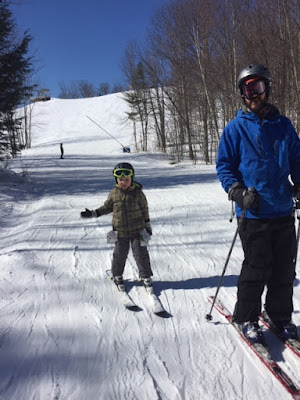 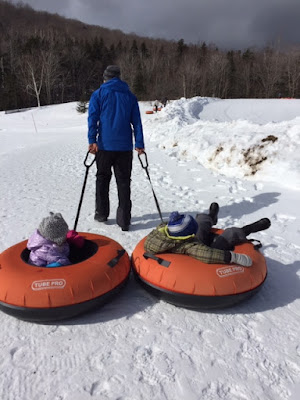 Many of the winter weekends were spent in New Hampshire and I got some pretty sweet 'snow beards' on crisp mornings. It's amazing what our breath can do after being outside for a while. 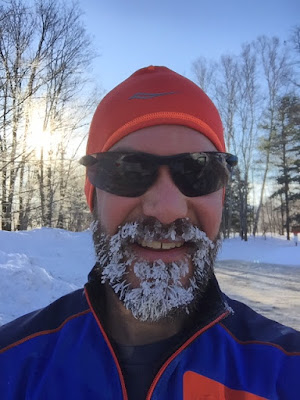 During a couple of warmer days in January I managed to finish painting the treehouse. I may need to add another coat this spring. I also want to add a bench, table and chairs, that fold from the walls on the inside of the treehouse, but that will wait until spring time. 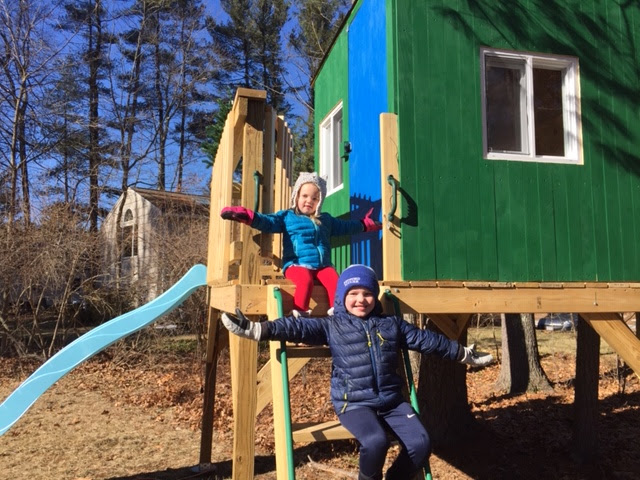 With IM Norway less than three months away it was finally time to get a bike box. I settled on the SciCon Aerotech Evolution after a bunch of research. I found a great deal for around 50% off MSRP, which I honestly didn't think would really pan out. However, I never received a canceled order email, and a week or so later had to go pick up a real big box from FedEx. Logistics for the trip will be tricky - a total of six flights, an overnight stay at the Copenhagen airport on the way to Norway, and a two-hour bus ride to get to Haugesund. Having a bike box that is easily maneuverable (with four wheels) was a top priority. Hopefully it will be easy to get around. I'll be putting it in luggage storage for a week at the Copenhagen airport after the race while we visit Katie's brother in Germany. 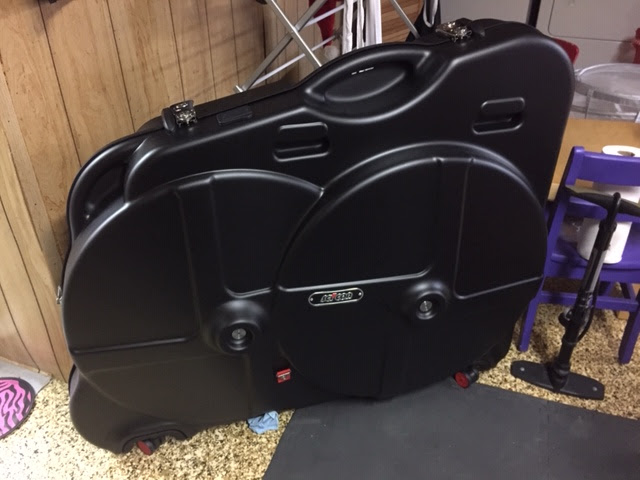 In terms of training, I've been trying to be pretty consistent and to listen to my body. My number one goal for the next three months is to stay injury free. Since January I've been averaging in the 12-14 hour a week range for training. I've decided that I'm going to cap volume at a max of around 18 hours a week and do no runs longer than 2:30. I'm hoping that this sort of volume will still allow me to have a solid race at the end of June.

As I've ramped the volume up a bit since January I made the decision to limit speed work while running. I'm not getting any younger, I'm again trying to mitigate injuries. However, this approach yielded an interesting result a week ago, when I came pretty close to setting a PR at a half marathon. My PR of 1:20:24 was from six years ago when I was doing a lot more speed work - quarters, half miles, and fast mile repeats each week - as well as a bit higher run volume. Over the past three months leading into this race I did one workout with speeds faster than 6:00 pace. I decided to roll the dice in the race and was almost able to match my race performance from six years ago. Needless to say, I'm going to stick to the less is more approach for running. 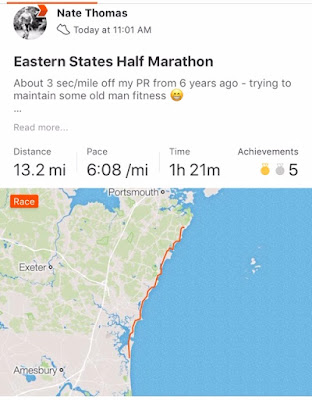 I'm racing 70.3 Connecticut in early June - I'll still refer to it as Quassy though, and I'll bet anyone who has done the race before will do the same. I will do around a three to four day taper into this race, really prioritizing the build into IM Norway. There are four weeks between this race and IM Norway. After the race in CT I'll try to get in two more weeks of good mileage before a two week taper. We head off to Europe on the Monday before the race, and I'm hoping that getting there several days early will help with the jet lag as well as any issues that come up with traveling with two young kids and a whole bunch of stuff. Hopefully my next post will be after Quassy, looking forward to the last few harder weeks of IM training.
Posted by Nate Thomas at 1:02 PM