Looking Back and Moving Forward

It's now the end of February, and it's getting to be time to begin thinking about the upcoming race season. I always like to look back on the previous year around this time to assess how things went and what I can do going forward. Overall, 2017 was a pretty good year in terms of triathlon and training. I was able to meet my goal of qualifying for the 70.3 WC via Eagleman in June, and I had a respectable showing at the race in September. In August I set an Olympic PR of 2:02, and I finished the year ranked 2nd in my AG in Massachusetts by USAT. Above all, I feel I was very consistent in my training, only missing a few workouts. Below is my training volume by month, building into the season, and peaking over the summer. 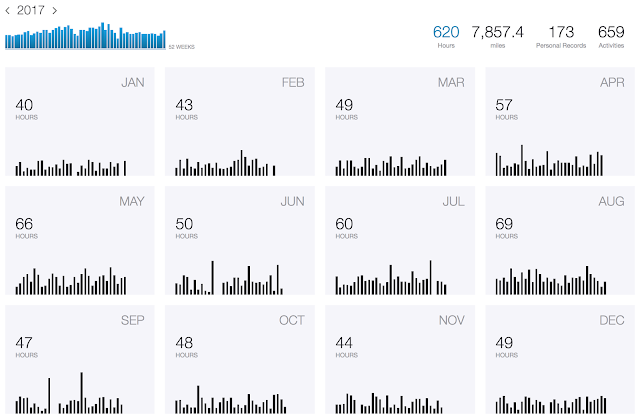 In terms of total hours, I averaged just over 11 hours a week. I biked 5300 miles and ran 2300 miles. My swim volume wasn't stellar (245k yards), but part of that can be attributed to my pool being closed for updates in November and December. I've recently begun swimming twice a week, and it's taking quite a while to get back the swim. Currently my pace per 100 is a good 6-7 seconds slower than at the end of the racing season - yikes! It'll come back, but won't be fun. 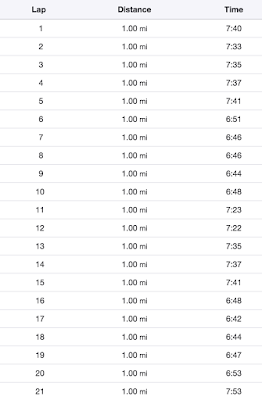 In my last tri related post I'd mentioned considering a marathon, but was probably leaning towards not doing it. However, I decided to go for it, as I haven't run an open marathon in about five years, and would like to run Boston in 2019. I didn't do a real marathon training plan, but consistently ran 50-60 miles per week from mid September onward. I peaked at 68 miles per week and have gotten in a lot of runs in the 17-18 mile range. My longest run was 21 miles in Bartlett, NH. I parked at Attitash and ran a double out and back up towards Bretton Woods. It was a snowy morning, and the footing wasn't great, but I was still able to get in ten miles around goal effort.
In addition to doing a decent amount of running, I've been biking 3-4 hours a week. Most has been pretty easy, but I have mixed in some Vo2 stuff and some sweet-spot work. I always look forward to the Northeast Multisport indoor TT, which is near the end of January. This year was pretty competitive as usual, and I ended up finishing up 3rd overall. It was pretty tight at the top, and I was only 12 seconds off of first place. I actually managed to put out more watts than expected, partially due to another rider in my heat, who I ended up edging by a second. It's amazing what you can do to your body if you go to that dark place.

Over February vacation the family headed to Arizona. My only previous time in Arizona has been the Phoenix airport, which doesn't exactly count. We stayed in a time share just south of Sedona, and the scenery was amazing! I was able to run on the trails every morning except our last one, and we got in a trip to the Grand Canyon as well. As this was my final taper week before the marathon, I was able to bank a lot of sleep, averaging over nine hours each night. We only set an alarm on the last morning when we were leaving! It was nice to be a bit without a 'game plan,' and just see what each day brought. With Jackson not yet five, and Hannah being 17 months, we couldn't do many outdoor activities, but we did manage a few shortish hikes. Below are some pictures from the trip, that really speak to the beautiful landscape that was all around us! 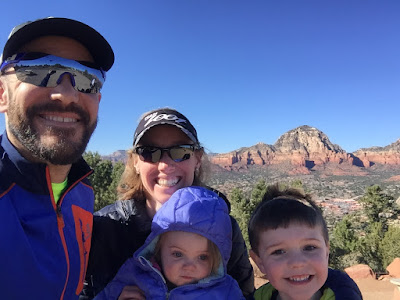 I was able to take a short video of the single track I ran on, and on my last day on the trails I encountered some piggies at the trail head parking lot.

We flew home from AZ on Saturday, and Hannah decided to make it an extra long day! She only decided to sleep during the last 20 or so minutes of our flight from Houston back to Boston. As a result, it made a long day of travel seem incredibly long. We managed to be in bed by 11:30 pm, and my alarm was set for around 6 am the following morning to get up for my marathon. The race was in Hyannis, a 90 minute drive away, and the forecast was far from ideal. Windy, rainy, and temps around 40 degrees. With weather being something out of one's control, I approached the race with a positive attitude. This race has a very popular half marathon, that routinely has 4k plus runners, and a marathon that is two loops of the HM course, and which only has 200-300 runners. I knew I'd have lots of company on the first loop, but would be very lonely on lap two, and that's what transpired.

The weather pretty much sucked from the outset. There wasn't a single point where the rain really let up, and there were lots of sections with strong headwinds. There were also a few sections, especially on the second loop where we had to run through several inches of standing water - not fun when you're freezing! It didn't seem like we got that much of a push from tail winds, but that could be due to trees along portions of the course. My goal was to go out around 7:00 pace, and then try to hang on and possibly negative split. I felt real good through the half-way point and was right around 1:32 at that point. Without doing a true marathon plan, the lack of mileage caught up to me in that last 10k, and I had a pretty serious fade. Mile 20 was around 6:55, and three miles later I was struggling to hold onto a 7:30 pace. I ended up finishing in 3:07, which still gets me a BQ. In 2019 I'll be 40, and the qualifying time is 3:15, so that should be enough 'wiggle room' to get in. 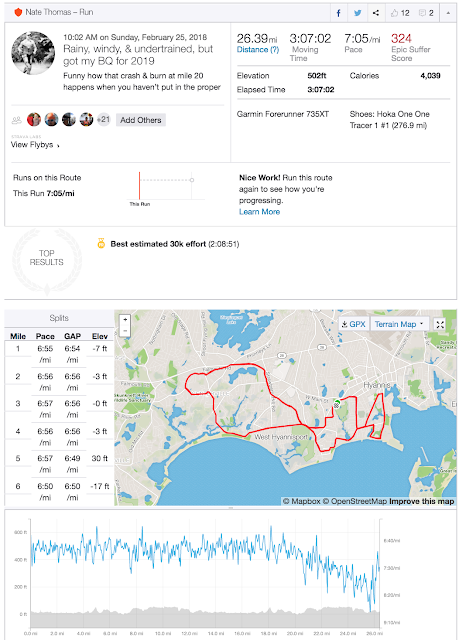 The plan for the upcoming season is starting to come together. I'll be starting things off in early June with Rev3 Quassy. I raced there a few years ago, but was injured and didn't do the run. If things go well, I feel I can be close to 4:30 on the course, which should put me near the front of the race. Quassy will be a good tuneup for the main event in July, IM Lake Placid. I'm really looking forward to IMLP, and the plan is to do a lot of hill training on the run. I know I won't be able to devote as much time to IM training as I have in the past, so I will need to maximize my training time, and hope it's enough for a great result. After Placid the family is heading off for an extended trip. We hope to visit my brother and other family members in the SF area, and then head to the Banff area in Alberta for a week, followed by a week in Kauai, HI. All told, we'll be away from home for nearly twenty days.

I'll take some recovery time on the trip, but then plan to get back into things, focusing on running and swimming. Some open water swims in Kauai could be fun! I plan on racing the Mt. Washington bike climb in mid August - it won't be ideal to be off the bike for a while, but I'll have access to spin bikes, and will try to get 2-3 of those rides in each week when away. After Mt. Washington I'd like to do do 70.3 Maine. Depending on how IMLP goes, I may book a return trip to Hawaii or may try Pumpkin Man again in early September.