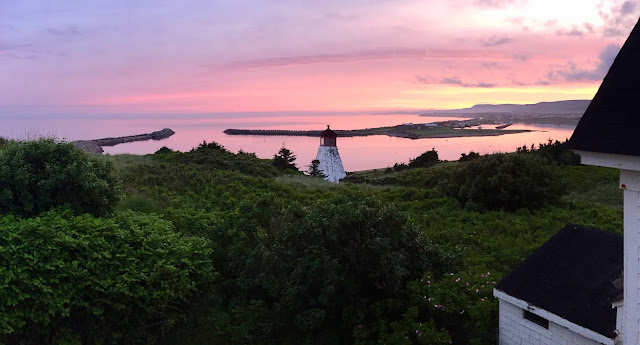 This is the view from the deck of my parents house looking out over Margaree Harbour (Canadian spelling) in Cape Breton. My Dad bought this 30 acre farm there in 1970 after staying in the house, which was a bed and breakfast at the time, and offering to buy it because of the amazing location. I was born in Sydney, which is a two hour drive away, and my parents lived in this house year-round for eleven years, my Dad painting and my Mom weaving and making textiles. They were a part of the hippie generation, partially getting away from the Vietnam War, and going back to the land. They had cows, sheep, chickens, and a huge garden. I spent every summer here as a kid, and have so many fond memories of the place. My Dad taught me how to fly fish for salmon here, and we could often see the salmon jumping in the harbour on their way up the river. My summer days were spent outside from sunrise to sunset, which is nearly 10 pm with the time change, playing with other kids. We had no TV and didn't need it! We built forts in the woods, created our own games, and I had an amazing summer childhood.

It had been five years since we'd been back to Margaree. My brother got married here in 2012 and we hadn't planned on taking so long to get back. My Mom has been back every summer, but my Dad hasn't made it since the summer of 2013. Needless to say, it was a very sentimental trip, and it was sad to leave. However, the house had a few drawbacks (well, really a lot!). The house is 100 years old this year, is full of lead paint, has only one bathroom, and two sets of rickety stairs. Having a 9-month old who wants to crawl everywhere meant Katie or I had to be super vigilant at all times. We tried to get out of the house to do some things, but there isn't a ton to do in the direct vicinity that is of interest to 4 year old Jackson.

Backing up a bit, after the Eagleman race in Maryland I had to go back to school for one more day. A few days later we headed to Nantucket for Father's Day weekend. It was nice to see my Mom, Dad and Grandmother. I got in a longer ride and run there, but the run legs weren't quite back yet.

Two days after getting home we were off for four nights in Stowe, Vermont, staying at a time share that Katie's parents have at the Trapp Family Lodge. During our stay, Katie had her birthday. I gave her a new pair of trail running shoes, and Hannah really liked the box (and Cliff Bloks too). We managed to get out and play a little mini golf. Jackson had a hard time following the rules and just wanted to whack the ball as hard as possible! 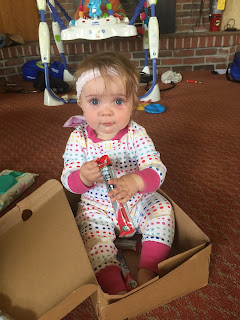 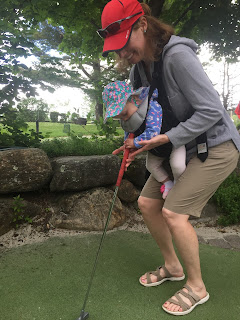 I hoped to do more riding in Stowe, but the weather didn't cooperate, and I only got in one ride. I went from the Stowe side up and over Smuggler's Notch. I didn't exactly have the proper gearing on my tri bike (53/39 w/an 11-25 cassette). It was still a fun ride and had some nice views on the climb. 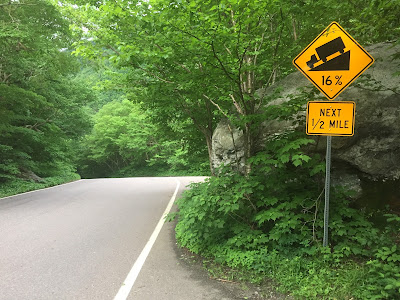 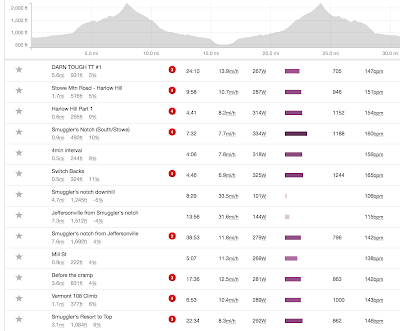 Katie and I were able to get out on some rented mountain bikes for two hours one afternoon. It was a great ride and the weather was perfect. We managed to get lost a few times on the trails around the Trapp Family Lodge, but eventually found our way back. The ride makes me want to get a mountain bike and explore some of the local trails around our home. The time share had two pools, a 20-yard indoor one and a 25-yard outdoor one. I swam each morning and got in a bit over 10k yards while there. 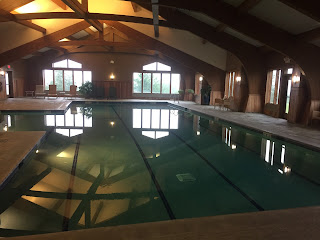 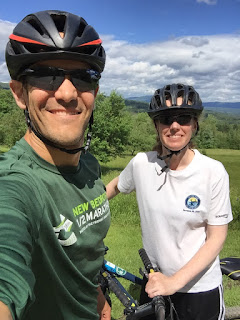 We returned from Vermont on Friday and on Sunday I did a local sprint race. I really hadn't done much specific training in between Eagleman and this race, and didn't know quite what to expect. I had registered in the Elite Wave, which had eight folks in it. The RD made the decision to start the elite racers in the 3rd wave, trying to spread things out. This made for a very tricky bike ride, as there were tons of folks who had no f-ing clue what they were doing. I know I'd probably be last out of the water from the elites, and that was the case. I had hoped to be no more than a minute down, but it was a bit more than that.

Before the race I debated with myself which shoes to wear - the modified Giro ACC's or my Shimano TR9's. I knew the TR9's were much easier to get into, but the Giro's were more aero. I chose to go with the Giro ACC, but was never able to get my left foot in. I ended up spending the first two miles trying to get my foot in, then decided to f-it and rode the remainder of the bike course with my foot on the shoe. I probably wasted close to a minute of riding time (coasting) trying to get the shoe on. Hindsight is 20-20, but the TR9's would have been a better choice. I've since adjusted the lacing on the ACC's so they are easier to get into. 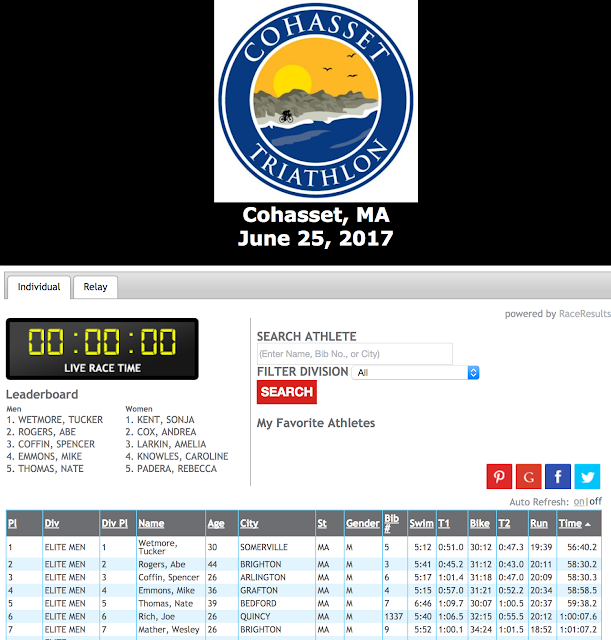 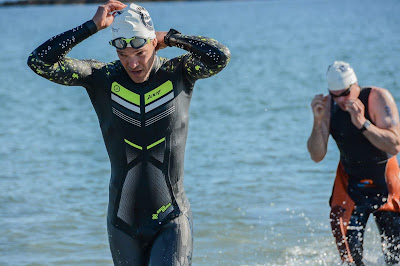 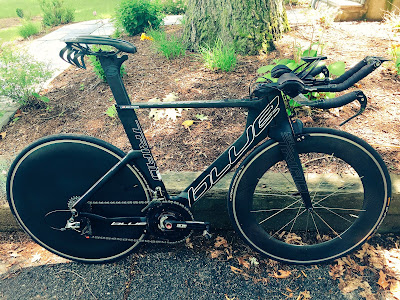 Coming off the bike and into transition, I could just see the bright green helmet of one of the other elite racers at our racks. He ended up having a sprint to finish 2nd OA. I was really in no-mans land, being nearly a minute behind the other elite racers in front of me. I had hoped to run around a 6:00 pace, but ended up at 6:11 for the race, and finished 5th overall out of a bit over 800 racers. It was a fun race, but I wish I had executed the bike a bit better and had a stronger run. The swim is what is holding me back a bit, but I'd really need a strong focus, and with two little ones that isn't going to happen. What usually seems to happen is that my swim comes around during the season - last year I ended up with a 31 flat swim at Pumpkinman. Hopefully this will happen again this year.

After driving home from the race we had a few more days at our house before heading off to Cape Breton for the week. My Mom arrived on Tuesday, and on Wednesday morning we got up early to drive to Logan Airport. The flight to Halifax is relatively short, at just over an hour. Once there, we got a rental car - well van actually. It was a pimped out Chrysler Pacifica with dual rear screens and tons of techno gizmos. Jackson wanted to 'watch something,' as he puts it, but the screens didn't get used. After a four hour ride, we finally made it to our family house around 4 PM. I won't bore with too many more details about our time in Cape Breton, but will add captions to a few pics. 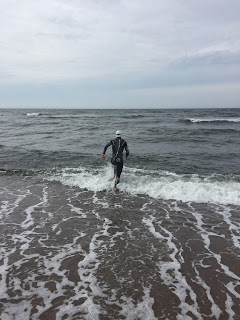 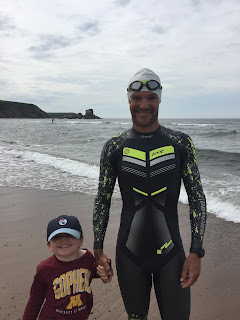 I managed to get to the beach twice to try to swim. Both days were windy and wavy and the troops (Katie, Jackson, and Hannah) weren't all that happy. I ended up with only 600 or so yards or body surfing and floundering in the surf. 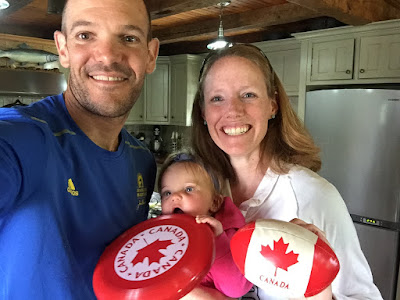 On July 1st, Canada Day, we visited some friends of my parents. We managed to find a few Canadian themed objects for a Canada Day selfie. 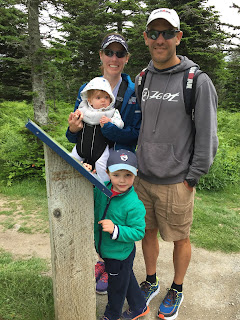 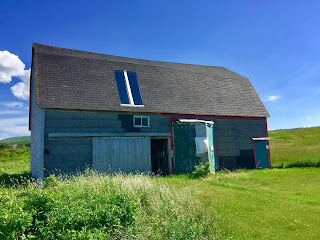 Our barn, which is in relatively good condition, once housed many animals. My brother is going to spend around five weeks here this summer trying to restore my Dad's 30 foot schooner, which is in the barn (part sticking out).

We went on a nearly 6 mile hike in the Cape Breton Highlands National Park. In the past we've seen lots of moose, but all we saw was their crap! Jackson was a pretty good trooper, but I ended up carrying him on my shoulders for nearly half the time. I managed to get in 77 miles of hilly running during our week, including a nice 18.5 mile loop up and down the Margaree River. 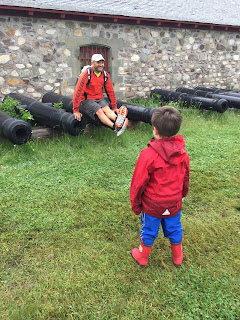 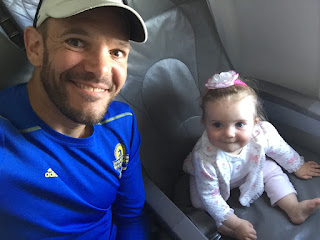 We had a mini get away during our vacation, driving a bit over two hours to Louisbourg, and staying in a hotel nearby. Louisbourg is a French fort that was taken twice by the British (then retaken by the French) in the years leading to the American Revolution. It has been restored and has period actors. Jackson really liked all of the cannons around the fort but wasn't so sure about the soldiers.

Hannah didn't actually have her on airplane seat on the way home, but she liked it!

This is the summer of being on the go. In two more days we are headed to the Berkshire's for four nights, and then we'll be going back to Nantucket in a week to visit the folks and race in the Nantucket Triathlon. I finished 3rd OA last year, and hope to better that placing this year. After that we have a bit of time at home before going to California at the end of the month for a wedding. Somehow I hope to get in 12-15 hours of training a week to be in decent shape for races in August and September.