No Surgery! (and spring is finally here)

Becoming a parent shifts things quite a bit, and the focus quickly goes from yourself to your kid(s). A few years ago Jackson, now four, was diagnosed with PDA (Patent Ductus Arteriosus - a heart defect). We had the option of leaving it alone or 'electing' for a stent to be put in to close the PDA. The 'procedure,' as it was called (we call it surgery), would involve going in through a vein in the leg and 'remotely' putting a stent in a blood vessel in the heart. We had been told that after age two the chance of the PDA closing on its own was very rare. About two weeks ago we went in to Mass General Hospital in Boston for the final echo, chest x-ray, and EKG before a scheduled May 1st 'procedure,' which Katie and I decided was best. At our visit to MGH we found out that the PDA had somehow resolved and the 'procedure' (surgery!) wasn't needed. We were ecstatic, and got Jackson his choice of a toy and ice cream. This had been hanging over our heads for a while, and it's a great relief to not have to put our little guy (and us) through the procedure. He really has no clue as to what was going to go down, but just thinks he went to the hospital to watch a Thomas movie and get some stickers on his chest! Here he is being a happy 4-year old this past week on the beach in Bermuda. 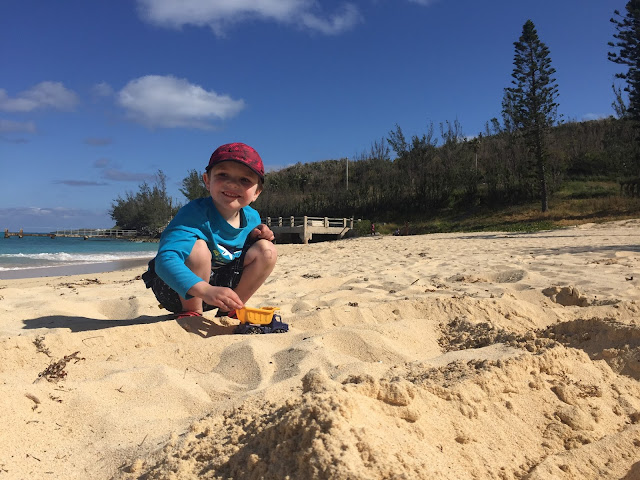 Katie and I are now able to look forward rather than focus on the May 1st date. I wasn't as worried about the procedure as Katie, but I'm just glad that we won't have to go through with it!

When I ended my last post I had been hoping to get outside on the bike before the end of March - yeah, that didn't happen. My first outside ride was just two days ago, on April 23rd, the day after we got back from Bermuda. March stayed quite chilly, and our travel most weekends didn't help with getting out on the bike. In mid March we headed to NH for a weekend to cheer on Katie's cousin Luke, who skis at Dartmouth. He ended up placing 9th overall at the XC National Championships, earning All American status - it was pretty cool to watch! It was a damn cold weekend, as can be seen by how I looked at the end of a 90 minute run in sub-zero temps. 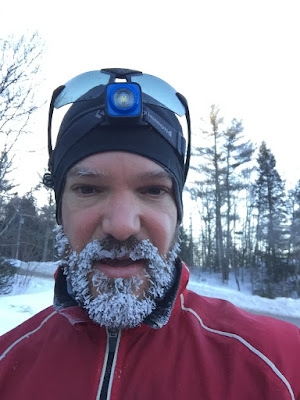 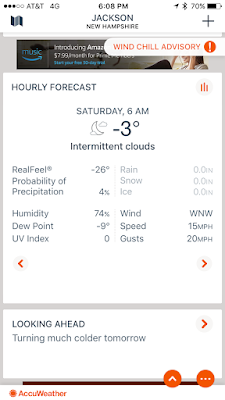 For a while I was 'fighting' a left hamstring issue. It didn't hurt, but never felt right. After two or so months of doing lots of hip and glute strengthening exercises it seems to have finally gotten to the point where I'm not concerned. I'll keep up the strength exercises to be on the safe side. As March wound down, we finalized plans for Jackson's 4th birthday on April first. We decided to collect food donations in lieu of gifts, and Jackson is posing with what was collected and donated to a local food pantry. He seemed to be ok with not getting presents - he certainly has enough toys! 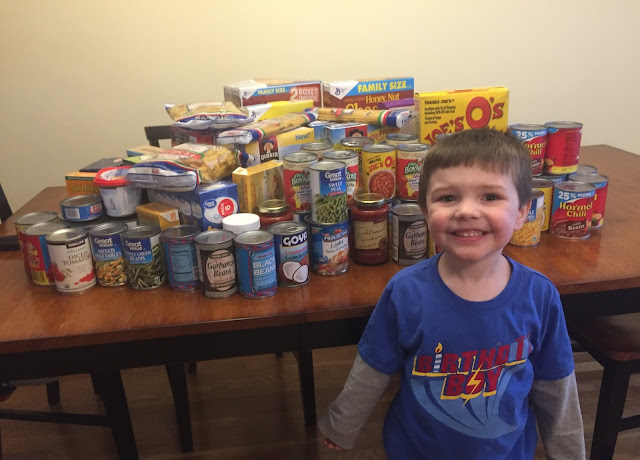 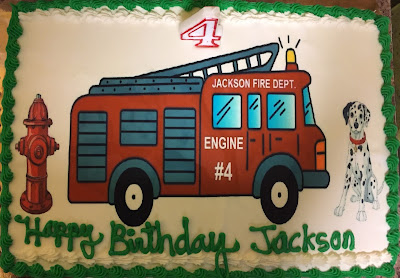 Overall, training has slowly been ramping up. Eagleman is now less than seven weeks away, and over the next five weeks I'll put in my biggest weeks thus far in the year. I should max out at around 14 or so hours before a ten day taper into the race. I've been putting in 5-6 hours of biking a week with 4-5 hours of running. Biking seems to be back where it's been in previous years (solid recent trainer ride), but it's taking a while to get the run back after taking things easy regarding the hamstring (longer run a few weeks ago). I've been able to get to the pool twice most weeks over the past month - once during the work week and once on the weekend. All workouts save for the weekday swim are done in the early morning. I've gotten very accustomed to this routine, and, on the occasion I've forgotten to set my alarm, I've still woken up only a few minutes from when I was planning to get up. Funny how the body knows routine!

The past week (school vacation) we spent in Bermuda, staying at a time share that Katie's folks got in St. George's. I ran and swam each day we were there, totaling 46 hilly miles of running and 15.5k yards of swimming. The funny thing is that the swimming total for the week is more yards than in either January or February! I'm hoping that by the middle of May I'll be able to get into the water at Walden Pond to do a few swims prior to Eagleman. I'm assuming that Eagleman will be done in the swimskin, so it'll be good to get a few swims in wearing it prior to race day. Regarding the swim, I picked up a new wetsuit, the Zoot Wikiwiki. I got an absolute steal on the suit, getting it from someone who does product testing - I think it was the suit that Lava tested in a recent issue. 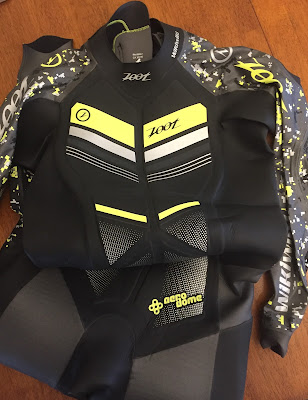 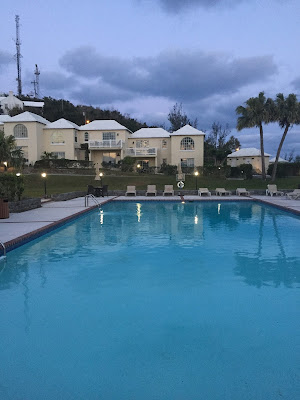 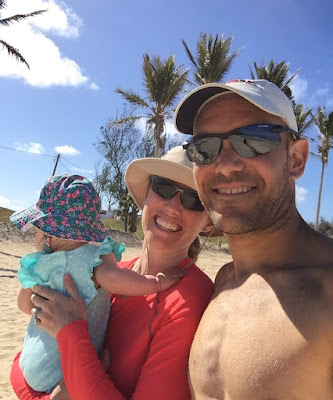 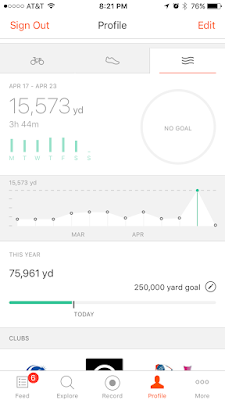 We had a pretty good time during our six days in Bermuda. Above is the 20m pool where I did my swimming. The hardest part was getting in, as the water was in the low 60's - not a heated pool. Heading into the trip Jackson had the flu, but was on the mend. Once arriving there we think that Hannah got it as well, and we ended up seeing a doctor there. The nights were a bit rough with a sick 7-month old, but I could afford to 'sleep in' until around 6 am most mornings - a true luxury compared with getting up most mornings at home between 4-4:30 am.

I'm going to see how the next five or so weeks of training go before thinking of setting goals for Eagleman. Fingers are crossed that I remain injury free and the remainder of my training heading into the race goes smoothly. Not having to worry about Jackson's 'procedure' is a big relief and one that I hope will have a positive effect on my training going forward.

Maybe it's time for a new bike - here's one I saw in Bermuda. Maybe just slap some aero bars on and it would be ready to race! :) 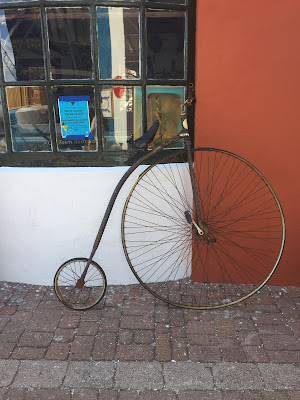