Looking back at the previous season I'm a bit disappointed with my race results, but happy with training. More than anything, Katie and I were happy to get through all of her complications and welcome a happy baby into out lives in September. Hannah 'Cupcake' Thomas is as happy as they come and we love having her in our lives! 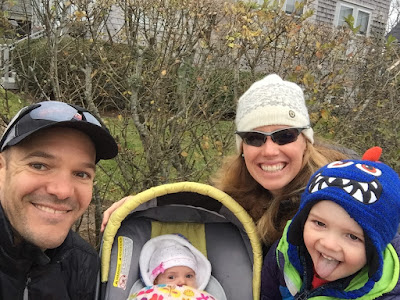 As the saying goes, when given lemons, make lemonade. I was handed quite the lemon at Timberman with my DNF due to a flat and then having the race called at Pumpkinman to close out the season. However, my training this past year went as good as it's gone. Fitness was high across the board, and I had zero time off due to injuries (knocking on wood as I type!). Here is the breakdown in terms of training volume (just over 580 hours) :

The bike mileage was my 2nd highest yearly total, as was the run mileage. For a year in which I focused on the HIM distance, I'll take it. Part of the increased overall volume was due to including an early season race for the first time, Florida 70.3 in April. I kicked off training in earnest in January and only toned things down in September just before Hannah arrived. My largest training week was just over 18 hours and my biggest month was in July in prep for Timberman. Consistency is what I feel really leads to overall fitness, and I took a total of 12 days off completely during the season, and about half of those were the day after a race. I feel that a short easy workout does more for me than total rest, so I'll fit one of those days in once a week. 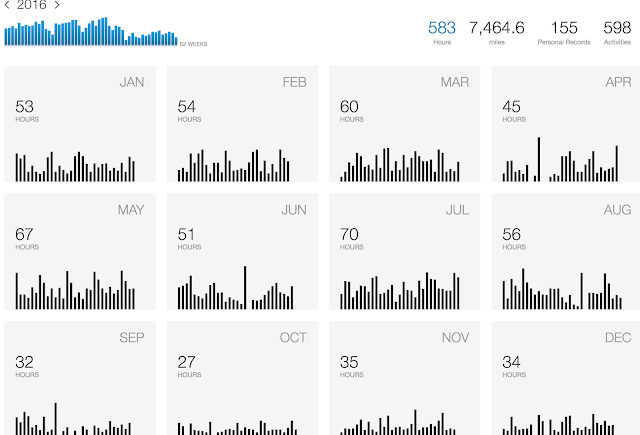 I set two HIM PR's during the season (4:26 and 4:21), but felt I could have been faster had things gone better during my final two races. Looking forward, I'm going to have less training time as the focus is on the family. I'm signed up for Eagleman in June and a few sprints as well. The goal is to qualify for the 70.3 WC in September at Eagleman. Even with substantially less overall volume I feel that this is doable, even on a hot day (are there any days that aren't hot and humid at Eagleman???).

2016 was a good year, but I honestly am not sure what 2017 will bring. I'm not usually one to be pessimistic, but I feel our country is headed in the wrong direction and is about to have an egotistical demagog become its leader. I truly hope the future will be bright, but we'll have to see how things transpire. At least my kids look at every day with a smile on their face and aren't yet jaded by politics and the mess our country is in - here's a yoga elf to make it all good! 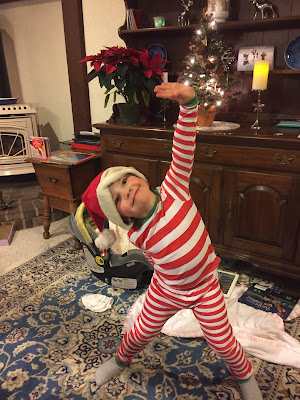