On June 7th I competed in my first Challenge event. It was well run, and I enjoyed the day. The race, which used to be a Rev3Tri event, was held at Quassy Amusement Park in Waterbury, CT, and was a great venue to bring the family to. Jackson, who is now a little over two, had a blast on Saturday during packet pick-up, bike check-in, and a brief swim I did. We were also able to get a few rides in on Sunday after the race.

Going backwards a bit, training had been going very well up until about a month ago. I had built up to close to two hour runs, and was getting in rides near 100 miles on Saturday mornings. However, after a longer 17 mile run, I noticed that my left Achilles hurt a bit. This was the same place that I had an injury four years ago, and I didn't want to take ~9 weeks off from running, as I had in the past.

I immediately called my foot doc, Neil Feldman, a 2x Kona qualifier, who is currently training for the Leadville 100 run. We started up EPAT shockwave therapy, and after three sessions the Achilles felt much better. Four years ago I went through 8 weeks of Graston Technique - that was quite painful. I'm happy to say that I've begun running again over the past week, albeit only up to 35 minutes, but so far things are fine. This coming weekend I have an hour run, and I hope that goes without any issues.

So, at Quassy I decided to forgo the run, essentially making the race an aqua-bike. I could have switched to the official aqua-bike, and would have won that by around ten minutes. However, the change fee was $25, and I felt it wasn't worth the cost. I chatted with Coach Colin, and suggested a short transition run after the bike at IM pace. I ended up doing 3 miles off the bike around 7:30 pace.

On race morning, Katie dropped me off around 5:15, then headed back to our hotel. She and Jackson were able to get about two hours of extra sleep, then return to watch me come off the bike.

I opted to start in the elite wave, which, in hindsight, probably wasn't the smartest thing considering where my swim currently is. There were 12 guys in the elite wave, and I came out of the water in around 9th, swimming 34 minutes. Last year I had my swim down to 31, and need to put in some good volume over the next two months leading into IMMT. Without anyone to really draft off I was pretty much on my own. After the 1st turn buoy I had a hard time sighting directly into the sun, and probably lost a little time there. I had been hoping to be maybe two minutes faster, but it didn't happen. I was passed by quite a few fast swimmers from the wave behind me as well, so coming out of the water, I wasn't where I hoped I'd be.

This season I picked up a PI Octane suit, feeling any extra speed would help with a KQ. Upon taking my wetsuit off I quickly realized that the 'male' side of the zipper on my Octane had torn off - awesome! I spent 2-3 minutes in transition just standing there trying to fix it - time I shouldn't have wasted, but I knew I wasn't doing the run. Still, not the best decision. As it stood, the open top was probably less aero than my old suit.

Onto the bike, I was shooting for a NP of around 300 watts since there wasn't going to be much of a run. However, I found that on such an undulating course hitting that wattage was very hard. I also had a strange pain in my left glute that bothered me for the ride - that needs to be resolved soon!

For the first hour or so I was around 275 watts AP, but close to 290 NP. I was hitting a little over 300 on all of the climbs, but having power drop on the downs. I decided to not target a certain wattage, but to just ride the hills hard and let the wattage be what it was. For those who haven't raced Quassy, it's a pretty hilly course, with very little flat terrain. 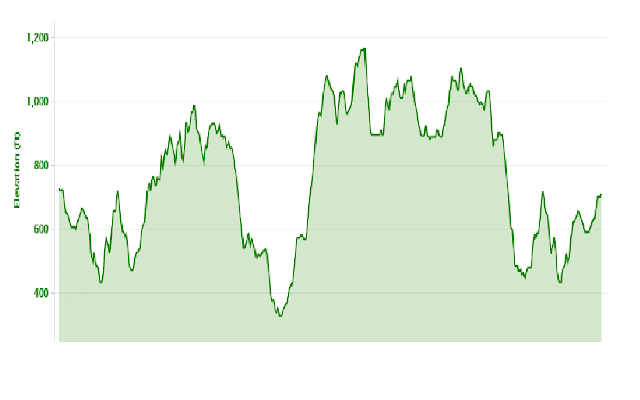 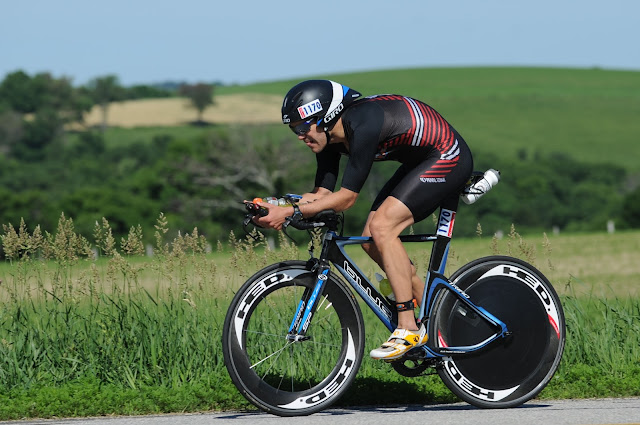 I ended up at 260 watts AP and 274 NP, quite a bit lower power than what I usually ride for a HIM. However, the lower than expected watts resulted in the 2nd fastest bike split of the day. 2:31 sounds like a slow bike split for a HIM, but I was four minutes faster than a few people who have out-biked me in the past, and only out biked by the overall winner.

Arriving in T2, I was in 6th overall. Once off my bike I handed my timing chip to a Challenge staff member, and got ready for a leisurely run. It was quite commical as I headed out - I took a right to avoid going onto the run course and I had 10-15 people begin screaming I was going the wrong way. Without a race bib I thought it was obvious I wasn't racing anymore, but I had to explain I was nursing an injury.

Looking forward, I have just over nine weeks until IMMT. My bike fitness is where it was two years ago, so I feel confident in my ability for a sub 5 hr ride. I've made a few tweaks to my bike and equipment in hopes of being a bit more slippery to the wind. As mentioned before, the new suit should help. I've also gone back to the Giro A2 helmet, which I feel is probably faster than my Lazer Tardiz. This week I installed a TriRig Omega X front brake - not a big change, but everything adds up. With a 2:18 bike split at the 70.3 WC at Tremblant, I feel that going under 5:00 should be a reasonable and attainable goal.

I'll need to increase my swim volume over this time period. I think my swim fitness is there as I swam a PR of 5:32 in 400 yds this week - I just need to ramp up the volume to make that IM swim feel relaxing and be ready to come out of the water to have a strong ride.

The real question mark will be my run. Can I bounce back and get some quality long runs in over the next two months? I'm doing everything I can to help the Achilles - lots of calf drops, rolling with TP tools, and using KT tape. Fingers are crossed that the Achilles will be happy and training will be uninterrupted heading into IMMT!
Posted by Nate Thomas at 7:03 PM