Somehow summer is nearly over, and that means school is about to start up once again. As a teacher, I love my summer vacation, but I do look forward to going back to another year with new students, which always brings new challenges to conquer.

As summer has come to an end, I did one final race before school begins. Back in 2010, my first year doing triathlons, I raced my first Olympic distance race, the Cranberry Olympic. This year this race was the New England Club Championships, and I decided to do it along with many Northeast Multisport teammates. In 2010 I finished the race in 2:19 and couldn't comprehend how anyone could go faster than that. My splits were somewhere around 26, 1:07 and 43 plus transition times.

Going into this race I was prioritizing training for the 70.3 WC three weeks later, so I essentially did regular training through Thursday, then some easier stuff on Friday and Saturday. I was hoping to go under 2:05, which would be an Olympic PR. I have really only done a handful of Olympic races over the years, so my 2:09 PR was pretty 'soft.'

I arrived at the race a bit before 5:30 and had plenty of time to set up transition, get in a warmup run, and then get into the water for a few hundred yards before the start. I was racing in the Elite wave, partially due to having open roads on the bike, but also having hopes of making the overall podium.

I knew I'd be well back out of the water, and with a few former college swimmers I was down 4-5 minutes on the top few guys, including Michael Emmons. My friend Colin Cook was racing in M35-39, but I knew he would probably end up a few minutes faster than me. Robert Hollinger was also racing, and he has been first amateur at several 70.3 races. I was hoping I could beat Michael and take 3rd.

In the end, a guy 13 years younger than me ended up running nearly 35 flat in the run to sneak ahead of me on the overall podium by 5 seconds. It was probably a good thing though, because it meant I could head home much earlier than sticking around for awards.

Overall, I'd say my swim was what I expected (course was only .8 miles), bike was solid, and run was pretty good. I was only around 5 sec/mile slower on the run than in sprints earlier in the season, so I'll take it. At 2:02 the time was a nice PR. The bike course is 26.2 miles, so it makes up for the short swim. 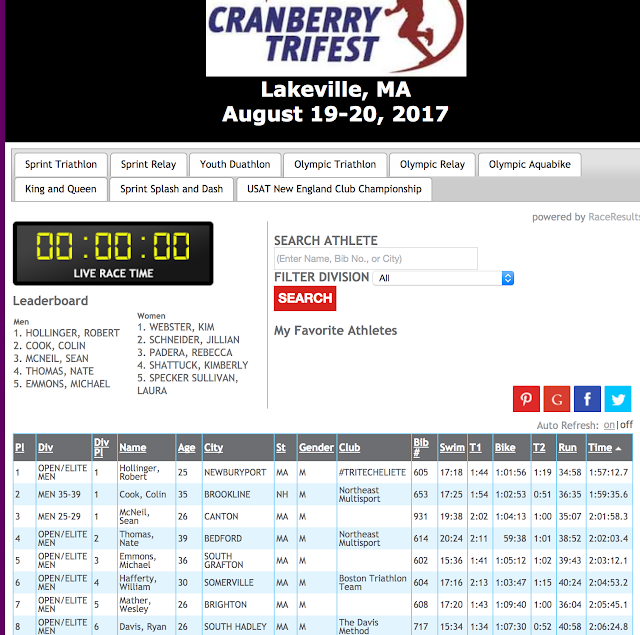 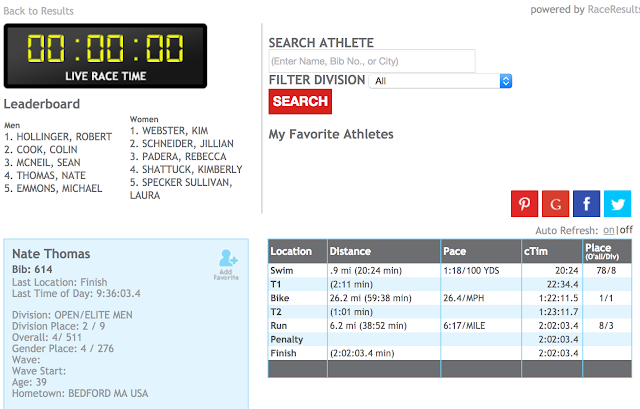 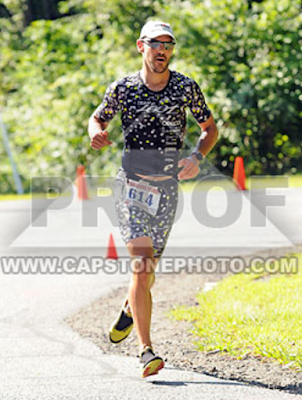 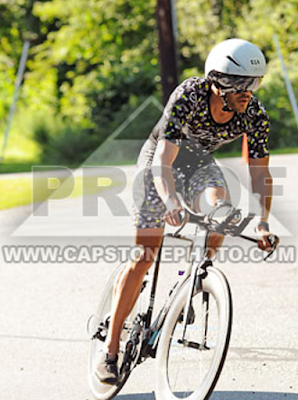 Looking forward, I have just under two weeks until the 70.3 World Champs in Chattanooga. I have no expectations of coming close to the front of the field, but I still hope to have a solid race. The swim is in a river, and a portion is against the current. The swim waves are roughly every ten minutes with a rolling start for each AG, which is a different approach. It will be non-wetsuit, so I'd think a time in the 33-35 min range, while not fast, would be what I expect. The bike has a good climb in the early miles, than is pretty fast for the remainder. Best Bike Split has me somewhere around 2:18-2:19 for the ride. I'm hoping to have a better run than at Eagleman - close to 1:30 would be solid considering my run fitness, the heat & humidity, and the hilly course.

In terms of training, I've been pretty consistent since Eagleman in early June. Other than two days directly after the race, I've only taken one day off, and that was due to a long travel day to California for a wedding in late July. I've been able to get in long rides most weeks in the 2:30-3:15 range and long runs of around 13-17 miles each week. I'm looking forward to putting it all out there on race day! 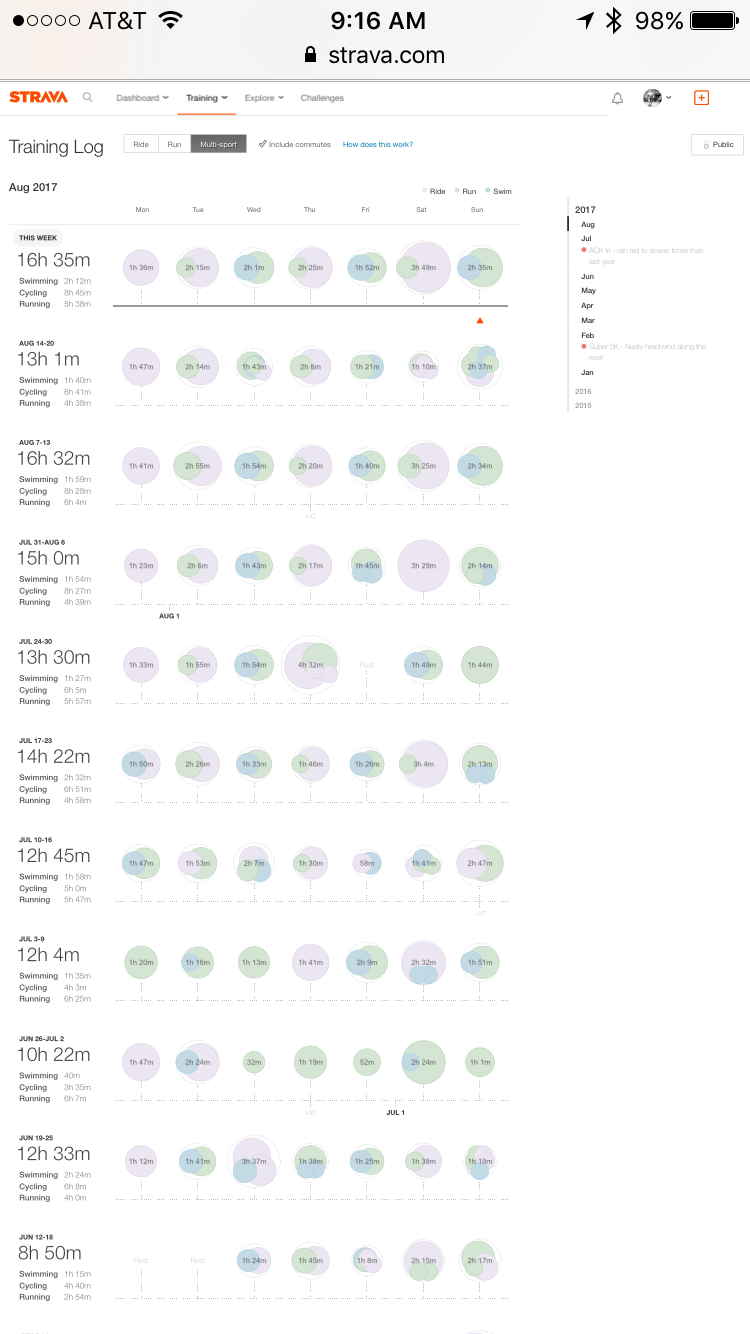