It's hard to believe that it has already been over seven weeks since our trip to Florida, but the time has gone by rapidly. Katie is doing better with her pregnancy (nearly 24 weeks), and the end of the school year is now within sight (15 days to go!!!). Training has been going quite well, and I have expectations for a fast time at the Patriot Half on June 18th.

I've honestly never felt stronger on the bike, and this was evidenced by a local time trial that I did earlier in the week. The Charlie Baker Time Trial is a weekly TT that is staged in Concord, MA. It's a 9.75 mile loop that I train on virtually every week, but haven't done the actual TT in five years. I decided to give it a go this past Wednesday and ended up averaging 365 watts over 20:36. I was pretty psyched with the power output, as it was around 80 degrees at the time I went off. I initially thought I'd gone out a bit too hard, but held on pretty well to finish strong. I was hoping to get under 20 minutes, and will maybe give it another go in the fall, but for now it's a good test of my fitness heading into the remainder of the tri season.

I've been up nice and early to get in the workouts and be home as soon as possible. This has meant seeing lots of cool critters before the sun is up as well as lots of beautiful sunrises. I've seen lots of deer, foxes, a snapping turtle, a coyote, and lots of turkeys. Here's a shot of the sun about to come up over the Concord River around 5 am. 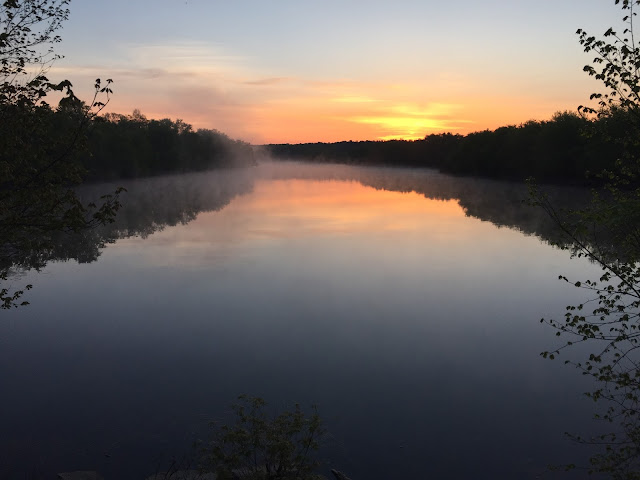 And 30 minutes into a bike ride, with the sun just rising: 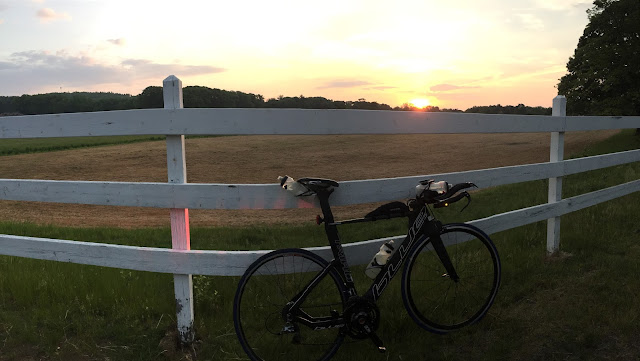 Below is the bike file from the ride this photo was taken at the start of. I've been aiming to average around HIM power for my longer rides, and this has seemed easier and easier as the season has progressed. 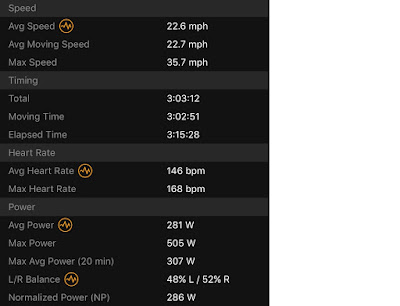 Overall training has gone well since the trip to Florida. May was a solid month of training. My run is feeling pretty good, and I've been getting in a weekly long run of 14-17 miles. Wednesday has been my track day, and I've done repeats ranging from 10k pace to HIM pace. Two weeks ago I did a session of 3x 1.5 miles around 5:45 pace. This morning was 3x2 miles around goal HIM effort. My HR is staying pretty low for the efforts, so I'm hoping this can translate into a HIM run PR at Patriot in a little over two weeks. With a open half PR of just over 1:20, I feel that I should be able to run around 1:25 if I pace the bike well. Here are the training numbers from May: 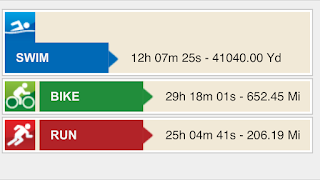 Swimming has also been pretty decent, but it's been hard finding time to get to the pool. This will definitely be easier when the school year ends in a few weeks, and I'll also be able to get to Walden Pond to get in open water swimming - hopefully once a week or so. Lately, I've been doing lots of 100's on a 1:40 send off and hitting the wall around 1:22 or so. Once a week I've been doing some longer sets of 200's, 300's, or 400's to work a bit on endurance. I'm hoping this can translate into a swim in the low 30's at Patriot.

In terms of goals for Patriot, I'd love to set another HIM PR, which would mean under 4:26. However, I feel that if things go real well I could go under 4:20. I need to execute a solid swim, bike within my abilities, then have a well-paced run. Quick transitions will also help.

I'll close out with a photo of one of our new neighbors. A fox family decided to take up residence in our neighborhood, and I've been seeing the pups on a regular basis heading out on my morning rides and runs. The two pups like to hang out in this culvert and don't seem to skittish of people. 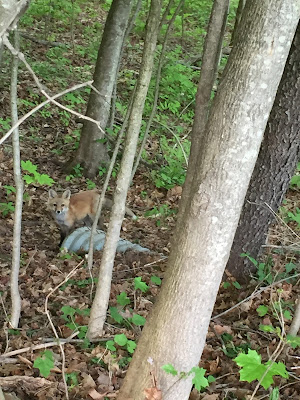