This past weekend I traveled to Nantucket, where I grew up, to do the weekend double of a Saturday sprint and a Sunday Olympic. It was nice to see my family, and my brother, who lives in SF, was home as well. I got to the island on Thursday morning with Jackson and Katie came on Friday evening. On Friday evening NEMS members doing the race had a nice pre-race dinner together - Jackson did a decent job and managed to stay in his highchair for nearly 2/3 of the meal!

The sprint is a much larger event, with 750 racers this year. The Olympic generally only has around 150 participants. Having not done any short course racing in nearly two years I didn't know how things would pan out. Overall, the results were what I expected: solid swim, good bike, no speed on the run (plus an odd cramp on the Olympic run).

The swims are in salt water at Jetties beach with a rather long run to transition (~300 yards). I feel that I had decent swims in both events. On the bike I was hoping to have the fastest times, but came up just short on both days to Lucas Pozzetta, another NEMS member who is looking to lay down a real fast time at AG Nationals in a few weeks. Power was 315 watts (26.4 mph) for the sprint and 295  watts (25.9 mph) for the Olympic. The Olympic was the first race I've gone under an hour on the bike (57:56 was my time). The sprint run was decent (6:05 pace), but during the Olympic I had a nasty side cramp that forced my pace close to 7:00 for the first 2.5 miles. By the time I was able to recover I had a hard time making up lost time, and finished with an avg. pace of 6:44. I nearly caught the guy ahead of me during the last 100 yards, but lost out in a sprint.

Overall, I placed 6th in the sprint and 5th in the Olympic, winning my AG on both days. Times were 1:08 for the sprint and 2:09 for the Olympic. For the middle of IM training, I consider these decent results and look forward to getting back to training. It was also fun to catch up with other NEMS members doing the race and to chat with Coach Colin about pacing at Tremblant. 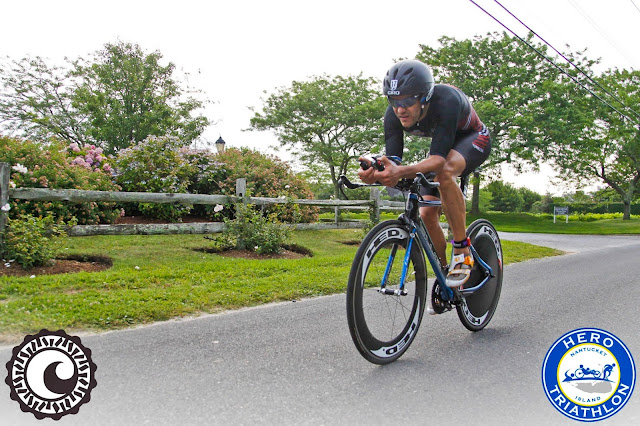 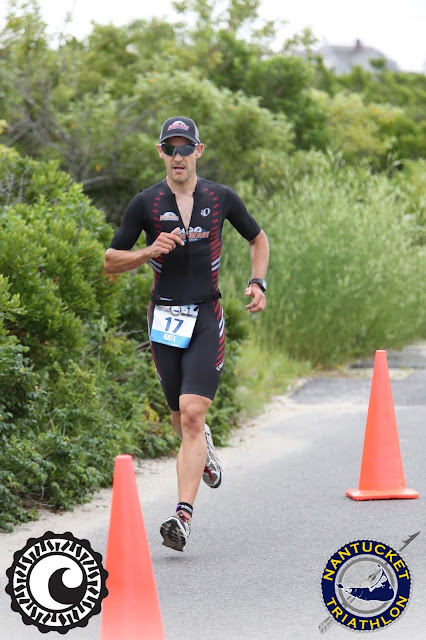